CEX.IO began its foundation as a player in the Bitcoin market back in 2013 when Oleksandr Lutskevych launched the service as a Bitcoin cloud mining platform. In 2015, CEX.IO decided to shutter its operations as a Bitcoin cloud mining operation, citing the low price of Bitcoin as the primary reason. Today, CEX.IO operates as a cryptocurrency exchange for several different cryptocurrencies with low fees and support for most popular fiat currencies.

The exchange has operated since 2013, and in recent times, has been subject to several user complaints about the reliability and speed of transactions, which I will highlight further down in this review. Everything you need to know about this platform is in this CEX.IO review.

The CEX.IO exchange is registered with FinCEN as a Money Services business in the United States, which means the exchange must follow strict operating procedures for verifying the identities of anyone who trades fiat or cryptocurrencies with the exchange. Formerly the IO exchange only required people who planned on trading fiat currencies to verify their identity, but as of March 2018, that policy has now changed.

Basic CEX.IO users who did not verify their accounts by this cut-off date lost the ability to trade in fiat currencies using the platform. This verification process is just one of the many ways that CEX.IO is ensuring its users' safety and complying with federal regulations. CEX.IO also offers two-factor authentication (2FA) to all of its members to help keep their wallets secure.

CEX.IO Review; This platform was the subject of one hacking incident early in the IO exchange's life in 2013, but the security vulnerability was patched quickly, and there have been no reported incidents involving hacking with the exchange since then. 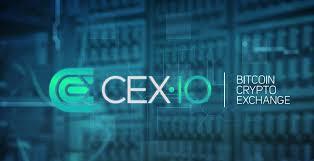 How Does CEX.IO Work?

Early in its life, CEX.IO was the best place to join a cloud mining Bitcoin operation to mine Bitcoins. At the time, individual miners were unlikely to be the first to solve a block and claim the reward, so cloud mining operations became very popular as a way to pool resources and split the reward among those who contributed.

In 2015, CEX.IO shut down this part of its business and decided to focus on being a cryptocurrency exchange for global use. Users can buy, sell, and trade popular cryptocurrencies like Bitcoin, Ethereum, Litecoin, and Bitcoin Cash for many different types of fiat currencies across the globe.

The only caveat is CEX.IO is not allowing USD withdrawals at the moment, so that should be taken into consideration before choosing it as your cryptocurrency exchange of choice if you frequently use USD to buy or sell cryptocurrency.

In the current market, the company makes its profit solely from Maker-Taker fees processed on all transactions on the IO exchange. This fee schedule is tiered and is designed to attract those trading large volumes of cryptocurrency.

The basic fee starts at 0.25% for buys under 5BTC per 30-day cycle. Sellers see a 0.16% fee for the same trade volume, and the percentages get smaller as your 30-day trade volume goes up.

Thus, CEX.IO effectively taxes both sides of the transaction and makes money when cryptocurrency is traded. You can check out the full fee schedule on CEX.IO's website to learn more about how the exchange determines fees for its transactions. 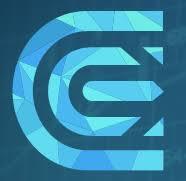 CEX.IO Review - How to Use the Platform:

After you have registered with CEX.IO and created your account, you will have to go through a verification procedure that includes providing a valid form of ID and a couple of selfies of yourself. This is standard operating procedure among FinCEN certified IO exchanges as US government regulations require identity verification for any financial transactions.

It is worth noting that a cursory search of social media shows lots of complaints about support times for CEX.IO Review staff and the verification process. CEX.IO experienced a massive influx of customers around December 2017 when the price of Bitcoin was at an all-time high, which severely impacted their ability to verify customers promptly.

The IO exchange continues to face these problems as more people begin using the service to trade, so consider that as you start the verification process.

For those who are deciding between Coinbase and CEX.IO as an exchange, there are a few critical differences between these two to help you decide which to use. Both are very beginner friendly, but depending on your goals for trading you may prefer one over the other.

On the cryptocurrency side, Coinbase offers support for Bitcoin, Ethereum, and Litecoin trading, while CEX.IO offers much broader cryptocurrency support with Bitcoin, Bitcoin Cash, Ethereum, Dash, and ZCash among their offerings. CEX.IO's trading platform is a bit more sophisticated than Coinbase's default offering, but Coinbase has since opened GDAX to compete with CEX.IO's cryptocurrency trading-focused background.

You can instantly transfer your cryptocurrency funds from any wallet in Coinbase to GDAX, but that is an extra step that isn't required with CEX.IO. GDAX still only supports the three "mainstream" cryptocurrencies right now, which gives CEX.IO an edge for multi-currency traders.

CEX.IO's fee schedule is higher than Coinbase's, too. CEX.IO charges 7% markup for buy/sell orders in any cryptocurrency, and if you choose to pay with a credit card, you will see another 3.5% fee.

As previously mentioned, CEX.IO charges a 3.5% fee for any credit card transactions, but in December 2017 the company updated its fee schedule. Now traders with volume under 5 BTC per 30-day period pay 0.25% in buy transactions and 0.16% in sale transactions. These fees are lowered slightly on a tiered basis according to the volume of transactions in one 30-day period.

Here's a link to the CEX.IO blog post announcing the new Maker-Taker fees that apply to the exchange. Takers are defined as those who accept the price immediately available on the market, while makers are those who place limit orders and wait for them to be filled. Takers will pay fewer fees on CEX.IO's trading platform, while Makers enjoy no fees on the GDAX platform.

CEX.IO is available in all countries around the world, but there are some credit card restrictions according to the country you reside in. Currently, CEX.IO is unable to process withdrawals in certain countries.

CEX.IO is also unavailable in China. To Buy Bitcoins in China, you must set up an account on a P2P platform such LocalBitcoins.

CEX.IO Review currently supports fiat currencies including USD, EUR, and RUB. Users can withdraw fiat currencies directly to their Visa or Mastercard, through a SWIFT bank transfer, or a SEPA transfer. CEX.IO users report long wait times for transfers to bank using both SWIFT and SEPA, so consider that when considering this exchange.

Typically leaving your freshly purchased cryptocurrency on an exchange is a bad idea if you're planning on holding it for a while, but CEX.IO's storage methods are a bit different than traditional exchanges like Coinbase. They claim to use offline cold storage to store their user's funds, but CEX.IO has been less transparent than other exchanges like Coinbase or Uphold when it comes to their security procedures. However, CEX.IO does offer 2FA and identity verification which provides an extra layer of protection regardless of whether CEX.IO's wallets are cold storage or not. 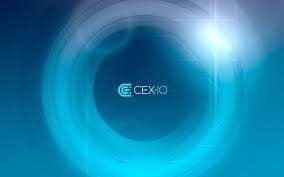 Pros and Cons of IO

While CEX.IO has been an early player in the cryptocurrency exchange market, there are some definite downsides to utilizing this exchange based on where you live in the world. I've highlighted what I think are the best reasons to consider CEX.IO, but also some reasons that might give you pause. This is the best condensed TL;DR version of this review of CEX.IO.

Registered members of CEX.IO can join the affiliate program and begin earning cryptocurrency commissions on any users they refer to the platform. CEX.IO shares 30% of the transaction fee initiated by a user's referral with the person who referred them, so a vast network of referrals can go a long way to earning you a piece of the Bitcoin transaction pie. This 30% fee sharing never expires so if your referrals trade cryptocurrency regularly you will receive a portion of the fees collected as long as they continue to use the platform to trade.

In short, CEX.IO Review is a trusted cryptocurrency exchange that has been around since 2013. They offer a secure trading platform for the trader looking to dabble in cryptocurrencies outside the mainstream offerings of BTC, ETH, and LTC. The Maker-Taker fee schedule applied to these transactions is pretty reasonable considering the fee schedule of similar competing exchanges.

The amount of complaints about customer service support time on social media is worrying, but Trust Pilot reviews on CEX.IO seem to indicate that the influx of customers for the exchange in the latter half of 2017 was the cause of the slow support and the exchange continues to interact with customers who report problems on the site. The long list of countries that cannot make withdrawals in fiat currency is also worrying, so you should cross-reference this list to make sure your country isn't on it before you decide to begin trading with CEX.IO.

CEX.IO has gone a long way to complying with identity verification regulations required by organizations like FinCEN, which goes a long way to helping ensure no bad-faith actors are using the exchange and helps keep everyone safe with an extra layer of security. However, CEX.IO's lack of transparency surrounding their security procedures is concerning when other exchanges like Coinbase and Circle are very upfront about the steps they take to keep their users' assets safe.

This site uses Akismet to reduce spam. Learn how your comment data is processed.